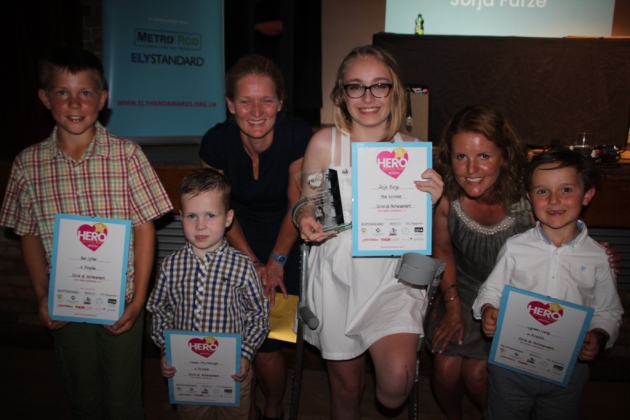 An inspirational 12-year-old amputee – who was one our Ely Hero winners last year – has been chosen to be part of the Royal wedding.

Jorja Furze, from Ely, is an amputee from birth and ambassador for the Steel Bones charity based in Isleham.

The youngster, who won the Child of Achievement award at the Ely Hero Awards 2017, will be among 2,640 people in the grounds of Windsor Castle on May 19 for the wedding of Prince Harry and Meghan Markle.

The Royal couple previously announced that they wanted their wedding day to be ‘shaped to allow members of the public to feel part of the celebrations’.

They asked Lord Lieutenants to invite 1,200 people to join the celebrations, including young people who have shown strong leadership, and those who have served their communities.

Jorja was told that she was one of the names put forward by Deputy Lord Lieutenant Chris Parkhouse at our Ely Hero Awards launch last month.

Speaking on the BBC Radio Cambridgeshire Dotty McLeod Breakfast Show this morning, delighted Jorja said: “I met the Lord Lieutenant at the opening party for the Ely Hero Awards this year and he told my mom that he was going to put my name down and I didn’t really think anything of it.

“Then my mom got an email saying I was going to go. I was not told at the time because I was at a friend’s but when I got back mum sat me down and I thought I’d done something wrong.

“I’m looking forward to wearing the dress and bragging to all my friends that we have gone to the wedding. I will be taking my mom.”

Jorja has not only helped with the set up of Steel Bones, but also started an anxiety group for Year 7’s to help new students adjust to life at high school.

She did this while recovering from two major operations over the past two years.

Proud mother, Gabrielle, said: “Jorja was in disbelief when I told her she was going to the wedding and she didn’t understand what was going on and she started to scream. This is a real big deal for us as we have never been to anything like this before.

“Jorja is Young Persons ambassador for Steel Bones. She talks to any child amputee who may be feeling down or alone. She will just put anyone first and talk to them for hours or sit down to draw them a picture to cheer them up.”

When Jorja won her Ely Hero award, she humbly said: “I really don’t understand why I received this, I’m just me.”

At the ceremony held at The Maltings last June, judges commented: “Jorja is probably unaware of the huge and special impact she has on everyone around her.”

Jorja will also be one of the amputees from Isleham who will set off on an amazing challenge in a bid to become one of the first amputee groups to climb Mount Snowdon on May 30.

Kensington Palace said the lucky members of the public chosen to watch the arrivals of the bride and groom and their guests at St George’s Chapel, would also see the newlyweds start their carriage procession through Windsor.

The palace said in a statement: “Prince Harry and Ms Meghan Markle have said they want their wedding day to be shaped so as to allow members of the public to feel part of the celebrations too.

“This wedding, like all weddings, will be a moment of fun and joy that will reflect the characters and values of the bride and groom.” 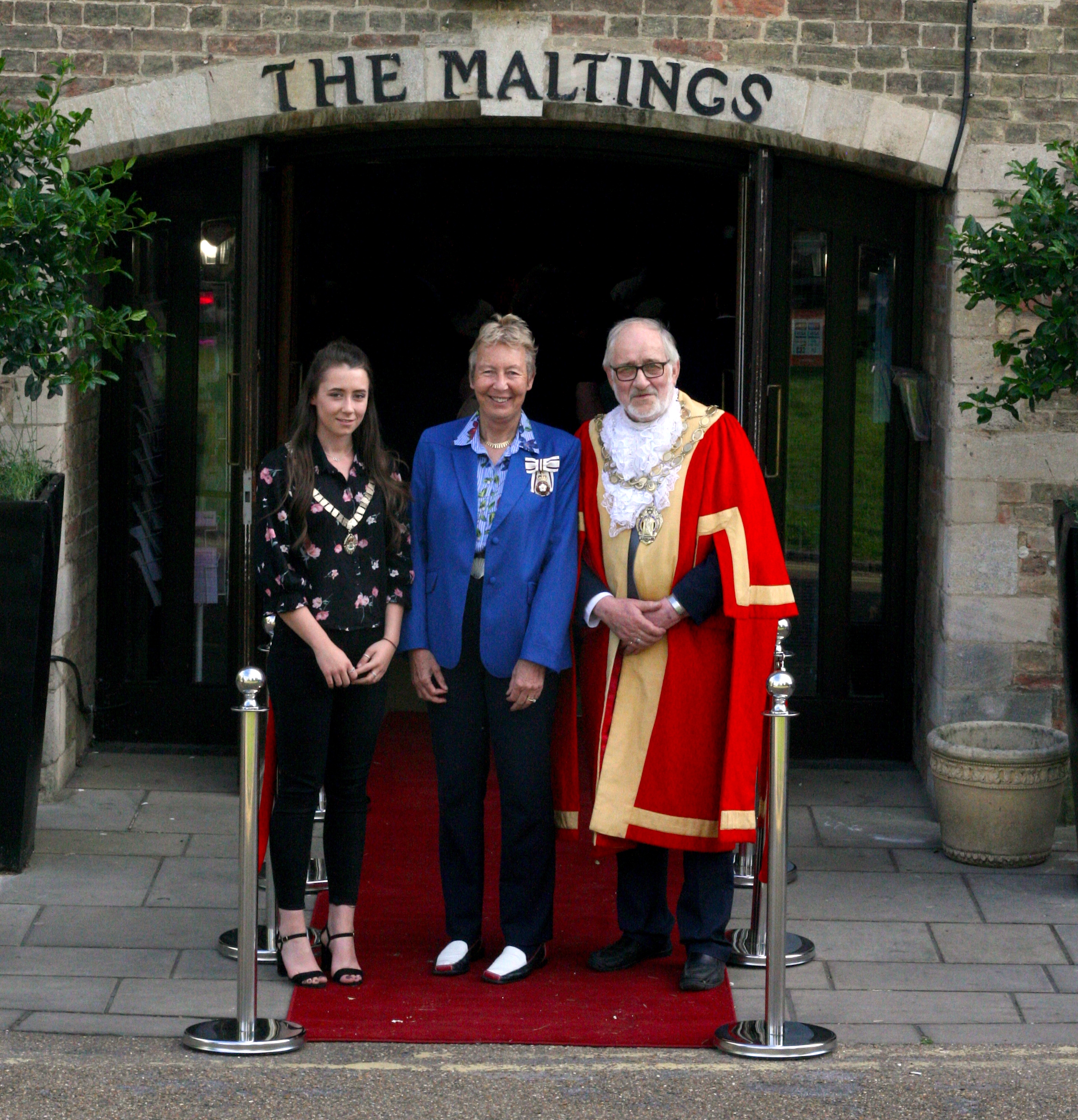 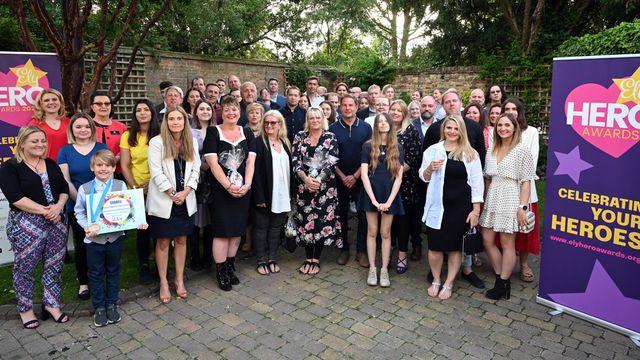 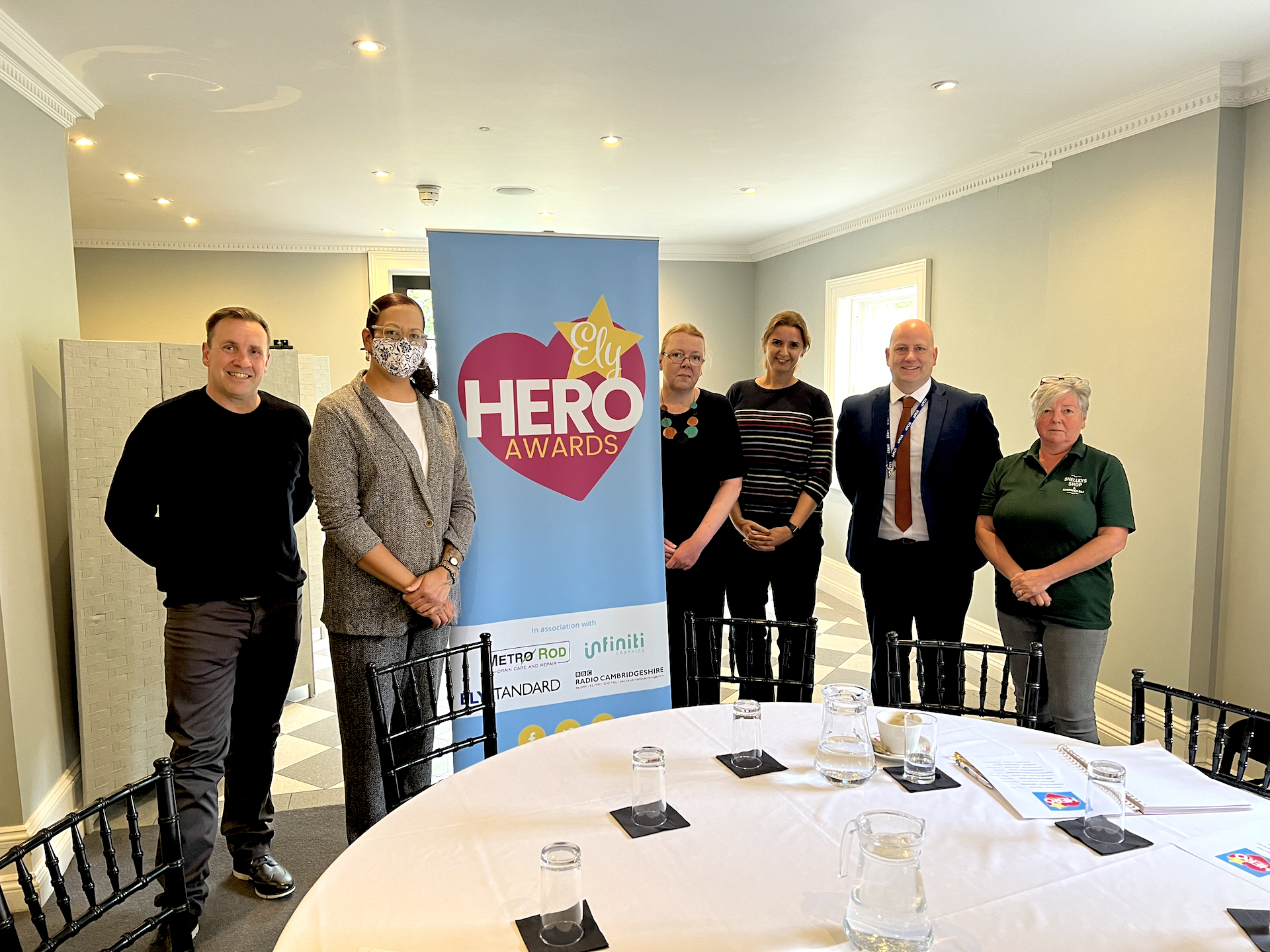